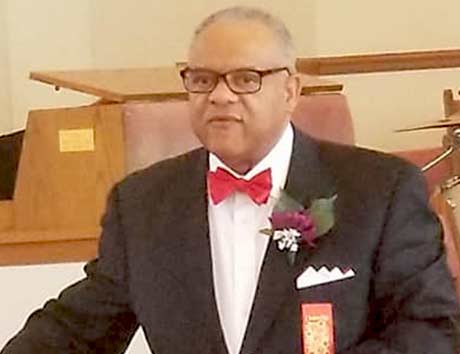 On May 16, 1985, Pastor Calhoun answered the call into the Gospel Ministry. After much contemplation and council from his pastor, the late Dr. W. L. Wilson, he preached his initial sermon on July 30, 1985 at the Macedonia Baptist Church in Spartanburg, South Carolina. Upon being called to the Corinth Baptist Church in Union, South Carolina, as interim pastor, Rev. Calhoun was ordained by the Spartanburg County Baptist Association on January 27, 1986. He was installed as Pastor at Corinth on July 13, 1986.

As Pastor Calhoun was led by the Holy Spirit to Corinth, his pastorate has been built on that guiding principle and foundation with much success. Among his accomplishments:

Pastor Calhoun is a member of the Pacolet River Baptist Association where he has served as Treasurer. Presently serving as President of the Pacolet River Baptist Congress of Christian Education. He is a Certified Dean and Certified Instructor through the National Baptist Congress of Christian Education. His ministerial training has led to a Doctor of Ministry Degree from Andersonville Theological Seminary.

Both he and his wife, Mrs. Rubye K. Calhoun are actively involved with the National Baptist Convention, USA, Inc. Mrs. Calhoun has served and continues to serve in many capacities at Corinth, including: